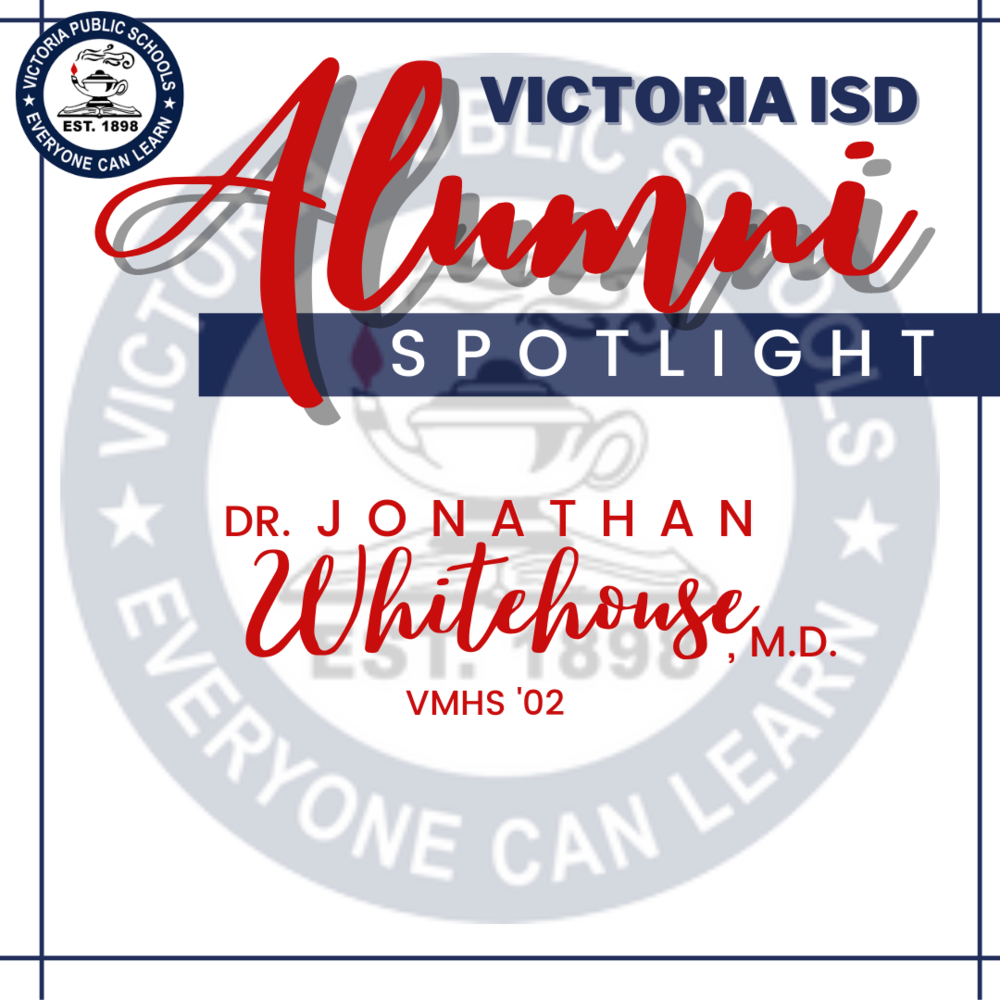 Alumni Spotlight: The Doctor is In

For our third alumni spotlight, we’re going to throw it back to an alumnus coming up on his 20th high school graduation anniversary next spring. Dr. Jonathan Whitehouse, a 2002 graduate of the former Victoria Memorial High School, caught up with me.

Currently living in New York, Jonathan works as an inpatient internist at Bellevue Hospital in New York City, and also serves on the teaching faculty for the NYU School of Medicine. Though he now has a flourishing career in medicine and teaching, he was sure to remember his time at VISD.

During his time in high school, Jonathan played on the varsity soccer team under coach Tim Eaton. His time on the team attending practices, games and tournaments would ultimately create some of his favorite memories from high school, along with attending football games with his friends. Whitehouse credits his friends for having such an influence on his life, saying, “I had a great group of friends, many of whom I still see as often as possible.”

Speaking highly of his past teachers and coach, Jonathan said, “I think my teachers provided a solid foundation for study habits that allowed me to succeed in college, graduate and medical school.”

Whitehouse went on to do just that, graduating from the University of Texas at Austin with both a Bachelor of Arts in Government and a Bachelor of Business Administration in International Business. He then received his Master of Public Health from George Washington University, and ultimately, his Doctorate of Medicine from the Baylor College of Medicine.

As he continues to flourish in his profession, Dr. Whitehouse has a piece of advice for current VISD students navigating their way through school and beyond: “Embrace the structured learning environment, and don't be in such a hurry to grow up.”

Talk to us! We want to share about VISD alumni and what you’ve been up to since high school. If you are a VISD alumnus or know any alumni, email us at visdcommunications@visd.net with your contact information, and we’ll reach out to gather information from you.

Sienna Rodriguez is the communications specialist at Victoria ISD.