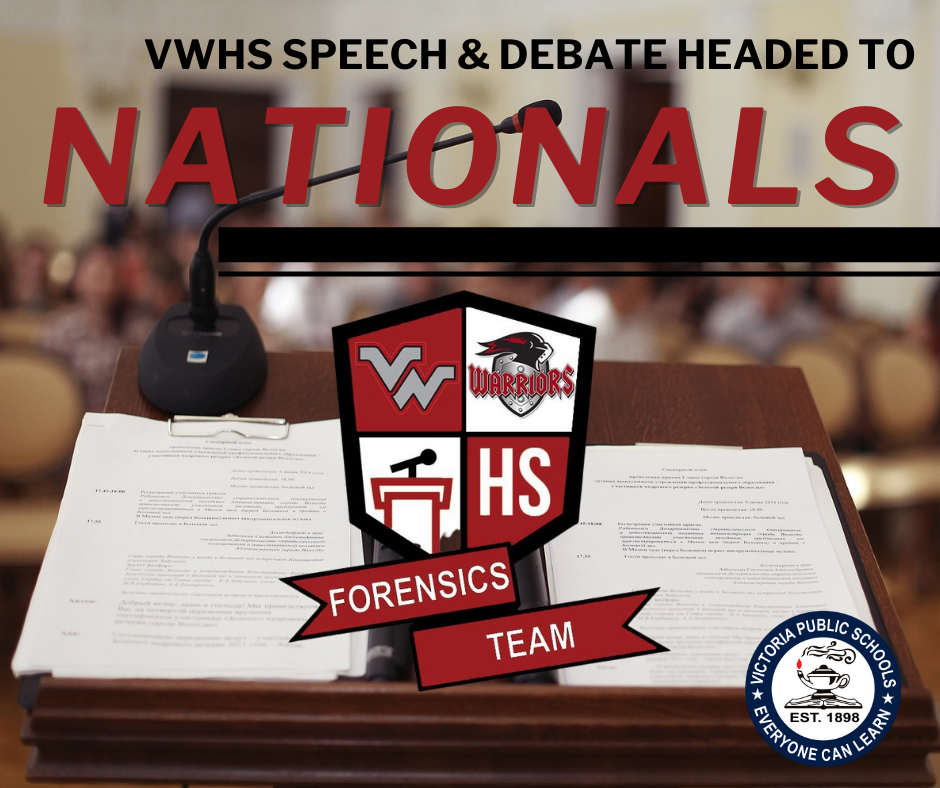 “This was certainly a happy surprise to have this many qualify for Nationals,” said James Cox, Speech and Debate Coach. “I am tremendously proud of these students and their accomplishments this year. Coming from almost nothing last year to where we are now is a feat, but having three students qualify is mind-boggling. It’s my first trip to Nationals, and I’m absolutely happy about our successes.”

Students’ results are below.

Lauren Montgomery, freshman, and Emily Kempfer, junior, placed third in District. They are alternates to the National Speech and Debate Tournament.

In addition, VWHS principal Paul Fleener was awarded the Gulf Coast District's Administrator of the Year. Fleener will compete for the award at the National level during the National Tournament.

Afnaan Nusayr, freshman, finished in a tie for 20th Place

Congratulations, we are #VISDProud and look forward to Nationals in June!

The National Speech & Debate Association was created in 1925 to provide recognition and support for students participating in speech and debate activities.