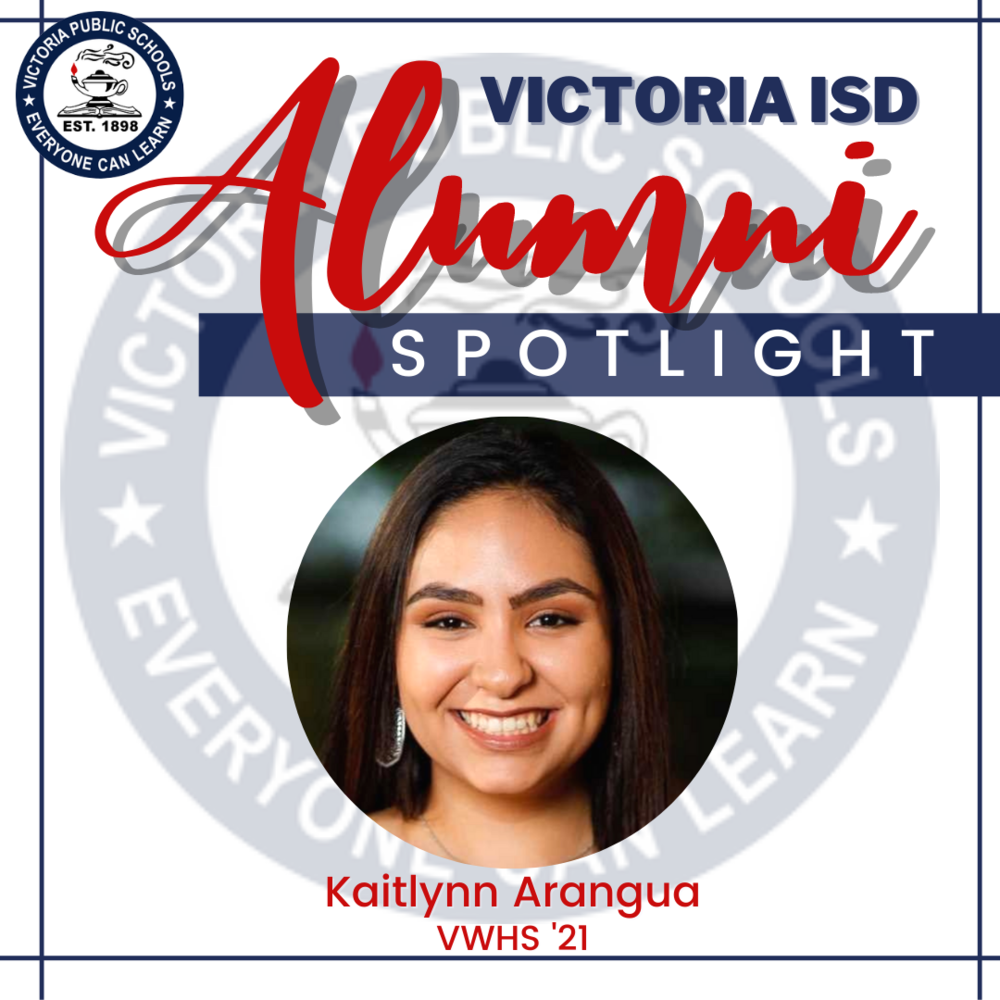 A recent Victoria ISD graduate, Kaitlynn Arangua is ready to play the music at McLane Stadium in Waco. The 2021 grad will call Baylor University and the Baylor Golden Wave Band home for the next few years.

In addition to stellar academics, Arangua played the flute for seven years, leading her to become Flute Section Leader her junior year, and Uniform Captain, Woodwind Captain and Flute Section Leader again her senior year. The Baylor Bear was named a Texas Music Educators Association All-District, All-Area AND All-Region band member her senior year as well. She has also been to TMEA’s State Competition for Solo and Ensemble for three consecutive years. Lastly, Arangua was part of Honors Band her entire high school career and earned sweepstakes in the UIL’s Concert and Sight-Reading competitions.

While some great memories came from competition, Arangua’s favorite one stemmed from a good ol’ fashioned rivalry. Living in Victoria and having only two high schools has created a great rivalry for sports, band, and just about everything else. “The band would get so excited to one-up East’s band and the rivalry was not only between football, but band, drill team, cheer, and the student section,” Arangua said. “The moment we stepped on the field during halftime, we got a rush of adrenaline as the crowd cheered us on. It was a night I will always remember.”

Getting back into the classroom side of things, it could’ve been easy for Arangua to take credit for everything she’s accomplished. However, she was much too humble for that and offered nothing but praise for the teachers who helped get her to where she is today, stating “VISD hires some of the best teachers around to teach the curriculums to students to make them successful for their current and future grade levels. Teachers spend restless nights to make sure they help their students understand and be able to work the subjects on their own.”

To everyone at VISD who impacted her along the way, Kaitlynn left a note for you. “To the teachers that would stay after school, that would just have daily conversations and laughs, and that would look out for me like their own (Ms. Foy-Millen, Mrs. Weaver, Ms. Colley, Mrs. Chill, Mrs. Carter, Mrs. Law, Nurse Holly, Mrs. Norma Gutierrez- Brown, the Band of Warriors Directors, Ms. Wernke, and Mrs. Dubard) thank you.”

Arangua plans to major in Biology on the pre-med track in route to becoming an anesthesiologist. She will do all that in addition to playing the piccolo (flute players play piccolo in the Golden Wave Band) every Saturday during the Baylor Bears’ football games.

She left current VISD students a piece of advice before heading off to Waco: “Make good choices and strive to achieve the grades that will make you successful in life. Strive for that high GPA in hopes to gain potential scholarships for top universities. Never give up when it gets hard because the end result is the ultimate prize. Have fun in these last years of elementary, middle, and high school…you’ll remember it for the rest of your life!”

Talk to us! We want to share about VISD alumni and what you’ve been up to since high school. If you are a VISD alumnus or know any alumni, email us at visdcommunications@visd.net with your contact information, and we’ll reach out to gather information from you.

Sienna Rodriguez is the communications specialist at Victoria ISD.