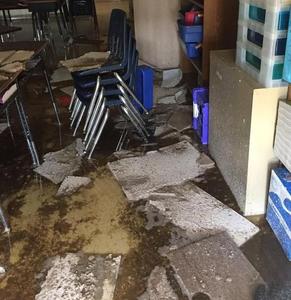 The Victoria Independent School District has filed a lawsuit against its insurance carrier, Property Casualty Alliance of Texas (PCAT), to be compensated for extensive damage sustained by the district-wide school facilities as a result of August 2017’s Hurricane Harvey.

Victoria, Texas (January 27, 2020): The Victoria Independent School District (VISD) has filed a lawsuit against its insurance carrier, Property Casualty Alliance of Texas (PCAT), to be compensated for extensive damage sustained by the district-wide school facilities as a result of August 2017’s Hurricane Harvey.  In the lawsuit, VISD seeks to recover approximately $22M in damages that the District contends should have been paid by PCAT. The District is also seeking attorney’s fees in addition to the costs to repair the damaged schools and other buildings.

The suit contends that PCAT did no significant investigation of the damage, relying instead on the District to submit invoices for repairs made by maintenance staff and contractors. As a result, the company’s adjusters severely undervalued the claim and issued payment of only approximately $3.5 million.

The District was forced to hire its own experts to inspect the properties, and actual damages were determined to be more than $26 million.  When VISD sent the company a demand for the unpaid repair costs, it was ignored.

The suit was filed today in Victoria County by Pearson Legal, P.C., a San Antonio-based law firm that specializes in insurance recovery litigation.  “The District and the taxpayers of VISD deserve to be fully compensated by their insurance carrier for all hurricane damage,” stated Matthew Pearson, Founding Partner and lead attorney for VISD.

“As a good steward of public funds and a recipient of the public’s trust, Victoria ISD was left with no alternative but to file this lawsuit in order to recover the insurance benefits paid for with taxpayer dollars.”   Quoted by Superintendent of Victoria I.S.D. Dr. Quintin Shepherd

Pearson Legal’s practice focuses on commercial litigation, including insurance recovery and construction defects on contingency throughout the states of Texas, Oklahoma and Colorado. The firm represents school districts as well as commercial property owners in both public and private sectors. According to Texas Lawyer, Pearson Legal is responsible for some of the largest insurance verdicts awarded in the State of Texas in recent years.